It is officially pawpaw season here in Ohio! The pawpaw is a native tree species found in the understory of deciduous forests and bears a surprisingly delicious fruit! If you are out hiking in late summer, you may come across these large, green fruits as we are lucky to have many pawpaw trees in our area.

Pawpaw leaves are remarkably big and tropical looking, although the tree itself doesn’t get very tall – only reaching around 20 feet at its highest. The tree leaves serve as important habitat for the zebra swallow tail butterfly, while the fruit feeds many wildlife species and foraging humans. Ancient mastodons even enjoyed the sweet fruit as scientists found evidence of pawpaw seeds in their excrement which actually helped spread the trees all over North America! 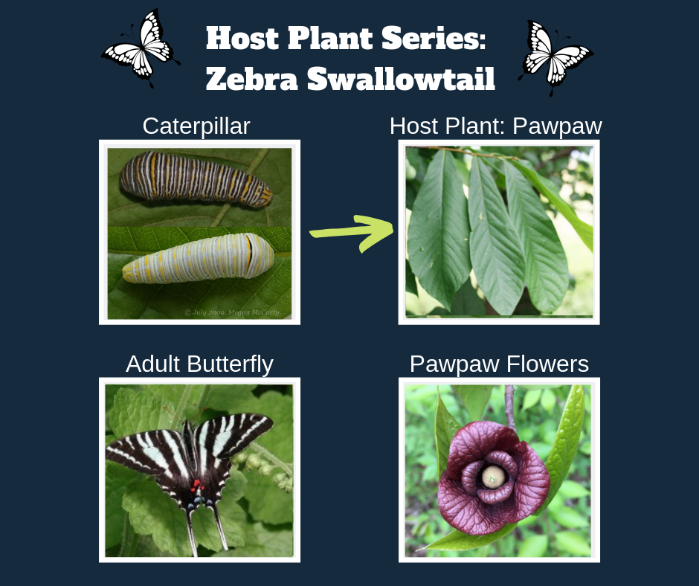 If given the chance, you should try to get a taste of the fruit which tastes like a combination of a mango and a banana. The interior is creamy, sweet, and surprisingly tropical for the Midwest! Because of this unique flavor, pawpaw fruit goes by many names – such as poor man’s banana, Kentucky banana, or hillbilly mango.

The pawpaw plant has cultural significance as well; Native Americans indigenous to this area used the pawpaw to barter for goods and made beads out of the shiny seeds. Ohioans also have a special bond to this fruit, to the extent that it became the official native fruit of Ohio in 2009. There is even a pawpaw festival held in Albany, Ohio every September to celebrate the fruit and its many uses!

We encourage you to go exploring in our parks to try and find some pawpaw trees to appreciate. However, please do not take any pawpaw fruit from our parks so that the wildlife can enjoy a sweet summer snack. Many state forests allow pawpaw harvest! 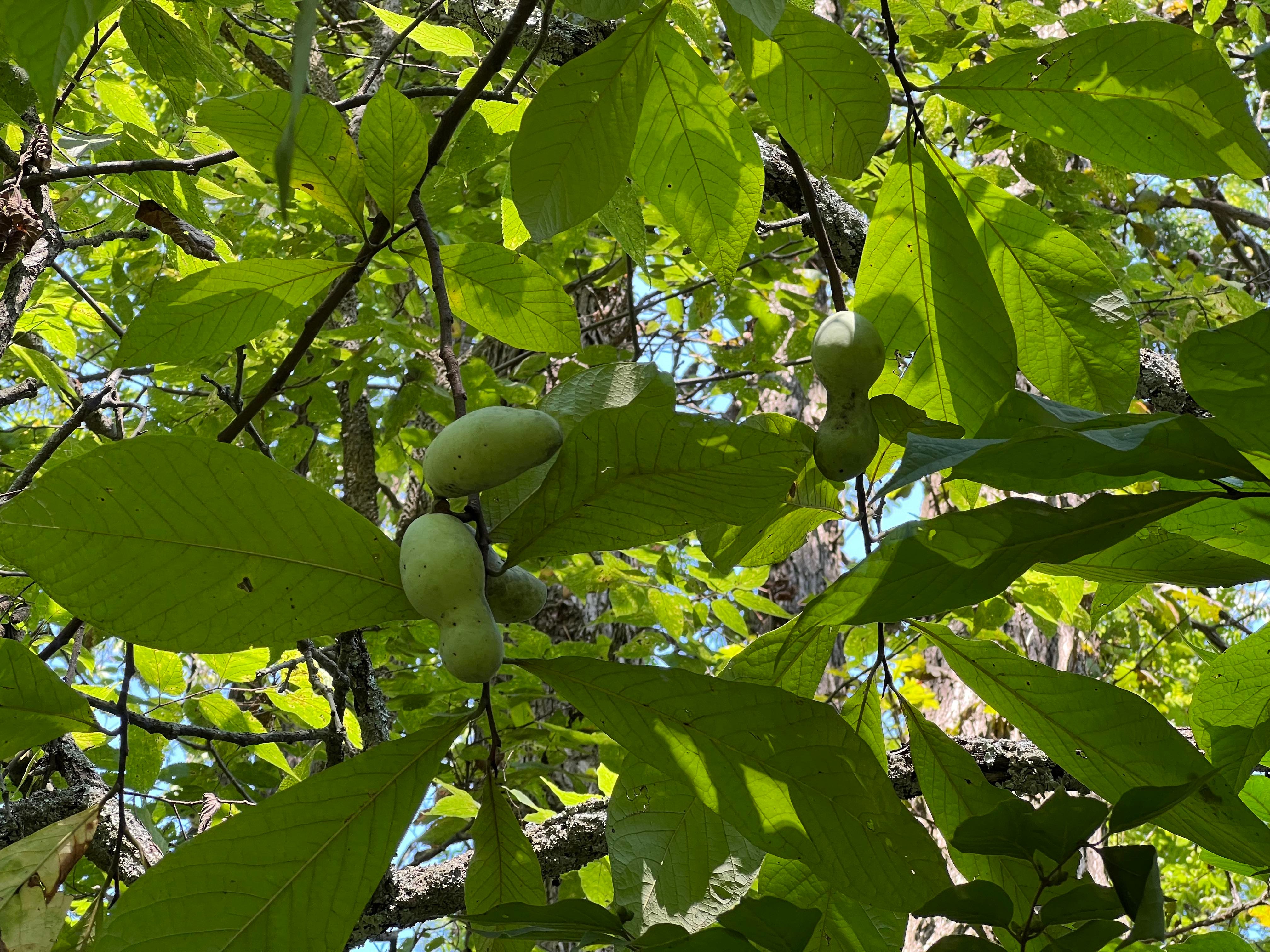 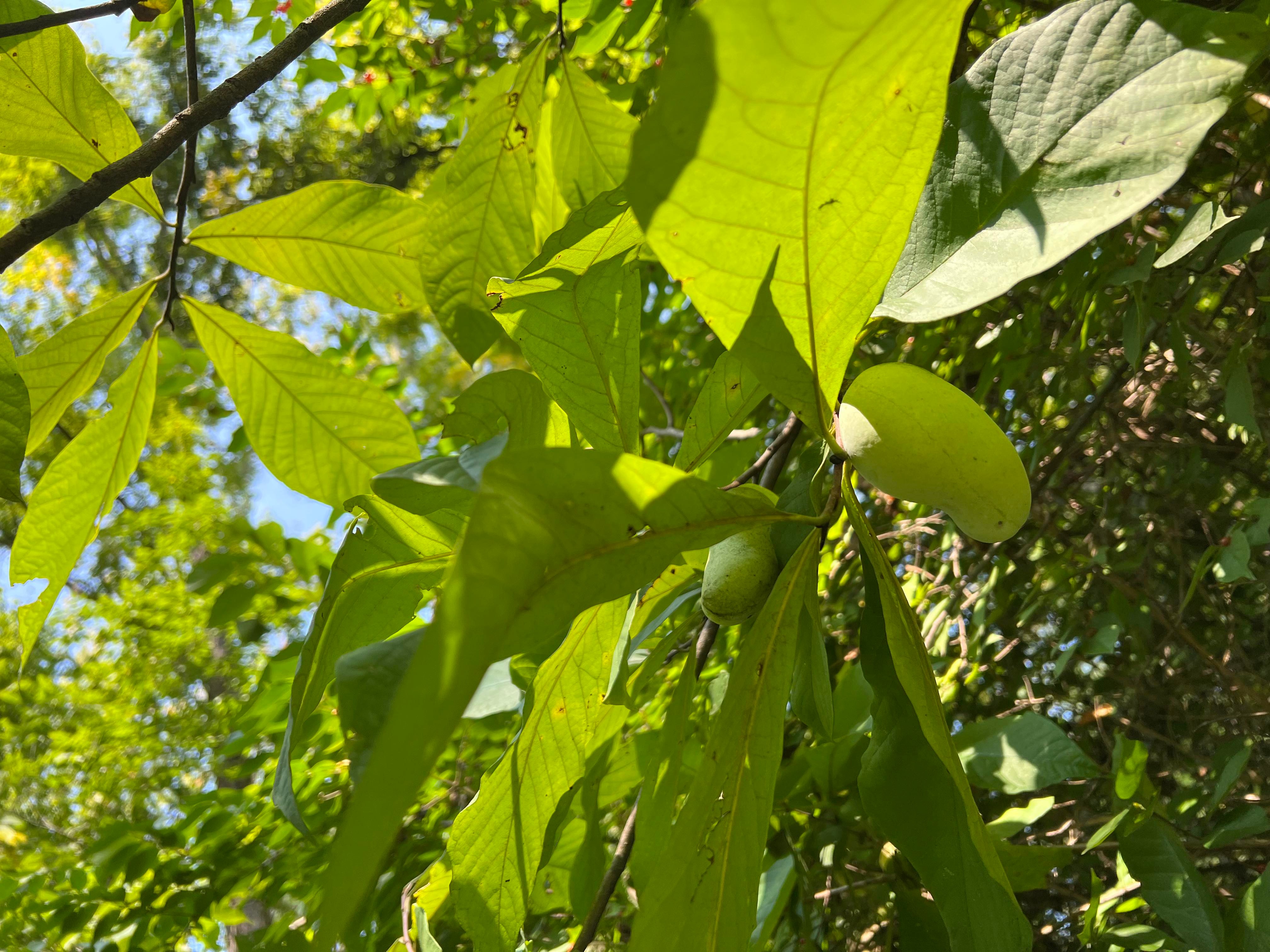