Who is up next you may ask?  Well, it’s our teeny, tiny amphibian tree frog friend who likes to chirp and sing all night long – the Spring Peeper (Pseudacris crucifer). 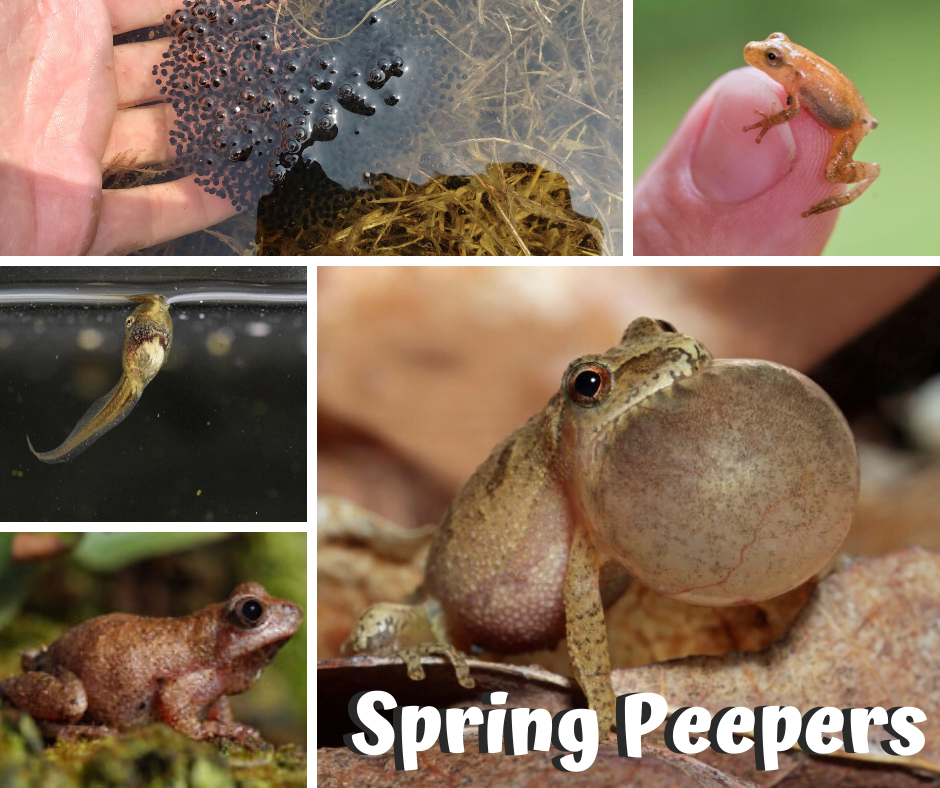 What's that I hear?  Spring Peepers must be near!

Where do they live?

What do they eat?

What about baby Peepers?

To learn more interesting facts about this tiny but mighty animal, check out these sources:

Want to make a Spring Peeper paper puppet?  Here is a template from nature friends at Mass Audobon - click the image for instructions!