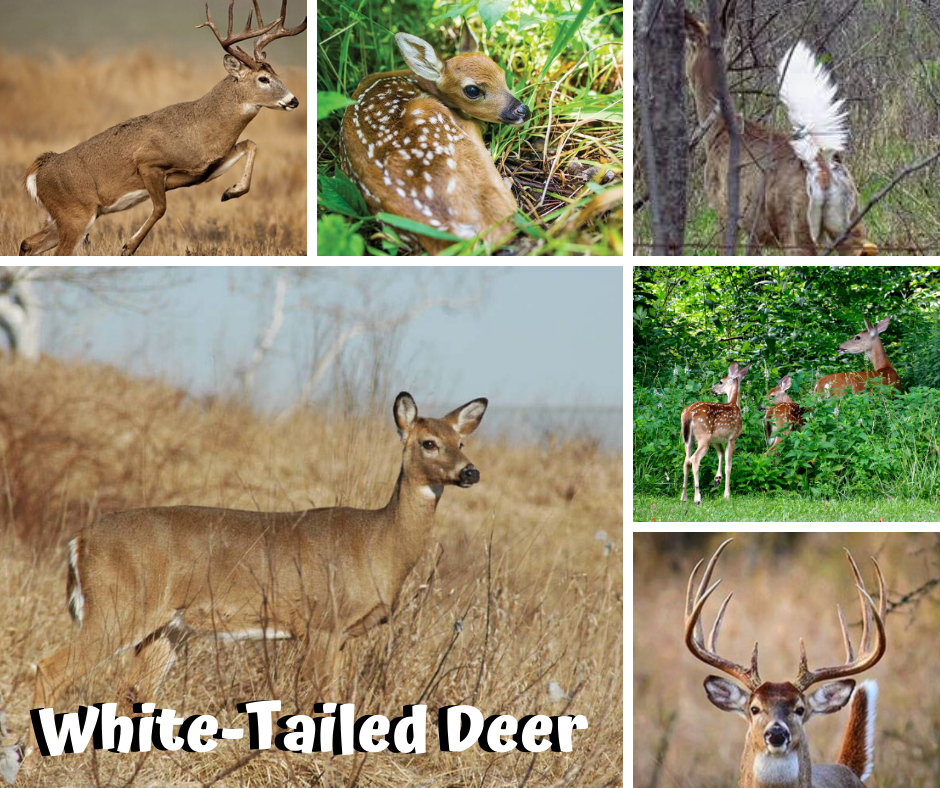 What animal is more familiar to us here in Ohio than the White-tailed Deer? Most of us have seen this animal our whole lives. Whether on their own or in large herds, from far away or sometimes too near (like in our garden or headlights), this is one of the most easily recognizable mammals to us as Buckeyes. But how much do you actually know about this fascinating furry friend? Let’s look at 6 things you may not know about the White-tailed Deer!

1. They are amazing athletes!

These incredible mammals are all around, olymipic-level athletes. White-tailed deer are very fast runners (35-40 MPH), super high jumpers (6-8 feet in the air) and excellent swimmers (up to 15 MPH). Each of these abilities aids them when they need to avoid predators.

2. Their coat changes throughout the seasons!

The deer's coat is a reddish-brown in the spring and summer and turns to a grey-brown throughout the fall and winter. There is some evidence that the color of the deer’s coat can be an indication of their age, with older deer tending to have grayer coats. Their winter coat is also made up of “hollow” hairs that trap warm air close to their bodies. This provides an insulated layer that will keep them warm even in freezing temperatures.

3. Their white tail has an important job to do!

This animal’s distinct tail is easy to recognize and acts like a warning flag to others in the herd. If spooked, a white-tailed deer will raise its tail, showing the white underside to others who may be near-by. This can put them on high alert and help them avoid potential predators. If deer do have to run from danger, they often do so with their tails raised, which can help the family unit, especially young deer, stay together and move in the same direction.

4. They are not completely color blind, but rather can only see certain colors!

Deer have dichromatic (two-color) vision; humans normally have trichromatic vision. This means that deer see things in shades of grays, blues and yellows, but poorly distinguish the oranges and reds that stand out so well to humans. This is why deer-hunters use blaze-orange as a safety color on caps and clothing to avoid accidental shootings during hunting seasons. 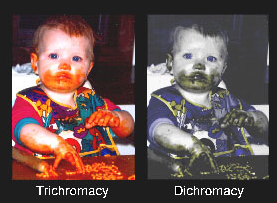 5. There was a time when they were completely absent from Ohio!

While seeing a white-tailed deer in Ohio today may seem commonplace, there was a time when it was nearly impossible to do so. In the early 1900s as Ohio was settled, deer faced the double threat of habitat loss due to development and completely unregulated hunting. This led to an enormous population loss. In fact, from 1904 to 1923, white-tailed deer were completely absent from Ohio. It wasn’t until the 1920s and 1930s when we started to see a healthy population building back up in our state. The establishment and strict enforcement of hunting laws, along with limited stocking and the natural movement of deer from neighboring states into Ohio, brought back one of our most beloved animals. Now, the white-tailed deer can be found, in abundance, in all 88 Ohio counties.  More information about the history of deer in Ohio can be found at Ohio History Central.

Between the months of April and July many park districts and nature centers receive calls from concerned citizens who have seen a fawn alone, often laying on the ground and not running away, even when approached. It is a perfectly normal response to be concerned if you see this, but rest assured that you usually do not have to worry! After fawns are born, the mother doe will “park” the fawn in a some-what concealed location while she feeds in another location. The fawn will instinctually stay put until the mother returns. It is a much better defense for them to remain motionless and hidden if a predator happens to walk by than to give away their hiding place by attempting to outrun them (they would probably be unsuccessful it they tried). While people who see this may have the best of intensions, it is not advisable to approach a fawn. Mom is usually close by and will come to her fawn’s defense ready to protect it. Remember, even though you want to help, wildlife usually doesn’t need it. 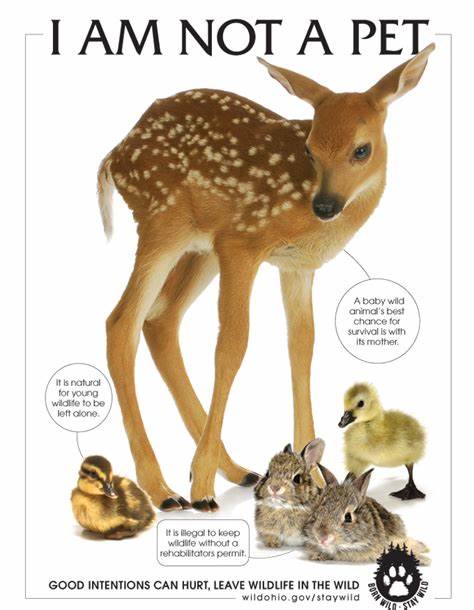 If you do find a fawn in the wild, check out this site that will help you to determine if or when you should intervene.

Can't get enough of this amazing animal?  This full length documentary by Nature will give you a sneak peek into the secret lives of deer.